It doesn't sound very nice - does it?  So what is Bit Rot?   Well 'Bit Rot' is known as the slow deterioration in the performance and integrity of data stored on storage media like a hard drive or SSD (Solid State Drives). You may also see it referred to as 'bit decay', 'data rot', 'data decay' and even 'silent corruption'.

We recover data from a lot of Hard drives, and also increasingly SSDs' (Solid State Drives). Often, it's where a computer storage internal drive has started exhibiting problems - or it's simply failed. It's very similar with the storage on phones too.  However its Hard drives and SSD's that is where it comes up most.  We also get a lot of external drives from clients who have used them as means of offloading files from e.g. a laptop or they are used as a backup copy. 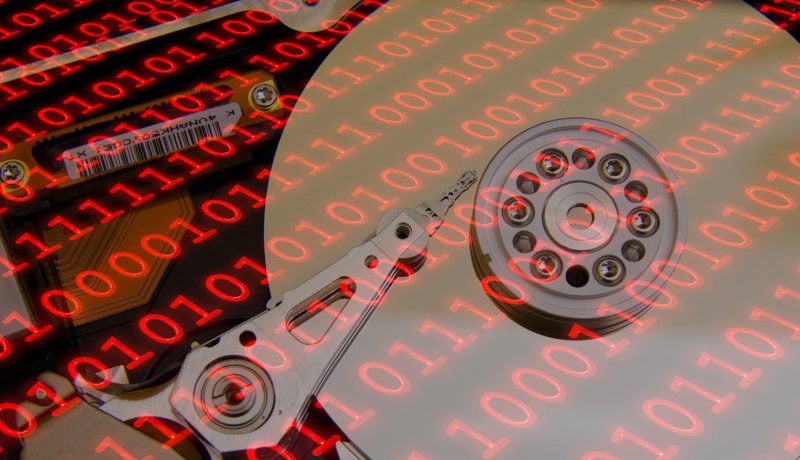 This article is to inform you about storing your data on Hard Drives and SSD's over the longer term.  The essential takeaway is that - over time - Hard drives and SSDs will struggle to retain 100% of your data. This is where Bit Rot comes in. To be clear - it  should certainly not happen immediately. But over the long term you can expect the potential is there for Bit Rot issues to arise.

See below for a simplified explanation of how, why it can happen.

Hard drives use magnetism to store bits of data (all those ones and zeros) in clusters. These bits can, over time, 'flip'. This leads to data corruption if enough flipping happens. To counteract this, Hard Drives have Error-Correcting Code (ECC) that searches for those bits that gone wrong - or flipped. If they find any, the Hard Drive corrects them. However when enough bits fail, the sector(s) becomes unreadable.

So this is not an issue that should affect a correctly functioning Hard Drive soon after you have bought it.  Hard Drives have the potential to last with their data intact, even for decades, if powered down. But the odds of it happening do increase over time.

So if you are using a Hard drive for; backup or longer term storage of important files that you don't need immediately to hand. It’s a good idea to power the Drive up and let it run on a regular schedule. This keeps it in good condition and reduces the chance of Bit Rot or other issues.  If you are asking how often this should be done. There is not one correct answer.  A rule of thumb though, is to as a minimum is to power them up at least once a year or so. This will also help prevent the mechanical parts of the drive from seizing up. Additionally its good idea to “refresh” the data by recopying it, and/or moving it about.  You can get utility software to do this for you if needed.

SSDs' don’t have any moving parts like Hard Drives. They use a different method to store bits and are basically types of memory chips. They use an insulating layer within the electronics to trap charged electrons inside microscopic transistors to differentiate between a bits, 1s and 0s.  They lose their data when the insulating layer degrades and the charged electrons leak out.  SSDs thus can lose their data within a few years if left inactive and in the same state. In fact, there are even reports suggesting that; if they’re stored in an unusually hot location, the data on an SSD can be degraded even faster.

Modern SSDs' should last as long as a typical Hard Drive.  That may be news to you?  They won't just last for ever. You can't just put data on them then lock them away for years and expect that they will be 100% reliable.  SSD's very much benefit from being switched on occasionally so they can maintain their charge.  You don't need to refresh data as with a Hard Drive - just power them up for a few minutes each year and you should be fine - from a Bit Rot perspective at least.

If keeping your data and backups really safe is important to you.  The best advice is always to store in multiple locations.  For really long lasting storage, Blue-Ray discs should hold their data for hundreds of years.  However you will need to make sure you have Blue Ray drive that still works in e.g. a hundred years time. Given this, a strategy of relying on Hard Drives for backup does still make sense.  Just make sure you replace drives periodically - and make sure you keep your data in at least two different devices/locations, for the most peace of mind.

Did you find it helpful? Yes No

Send feedback
Sorry we couldn't be helpful. Help us improve this article with your feedback.